Text and visuals by Sofia Perkins

The summer after graduation, Galloway left home for the first time in his life. He’d always planned to take a trip. He had his degree now and he’d taken the MCATS. He knew he’d be going to med school, but he wasn’t exactly sure if he wanted to. He knew he wanted to leave home, though, at least for a little while, so he did.

Galloway was an overachiever, not of his own volition, really, but because he always felt like he was being watched, even when he was alone… especially when he was alone. He would dream of stargazing and find solace until each little light became the whites of a million different eyes, and irides of all shades rolled in from the dark side of the stars. He didn’t sleep very well. That summer he told everyone he’d be studying, that perhaps he wouldn’t be as available to them as he usually was, but that he was doing what everyone expected of him and what he always did. 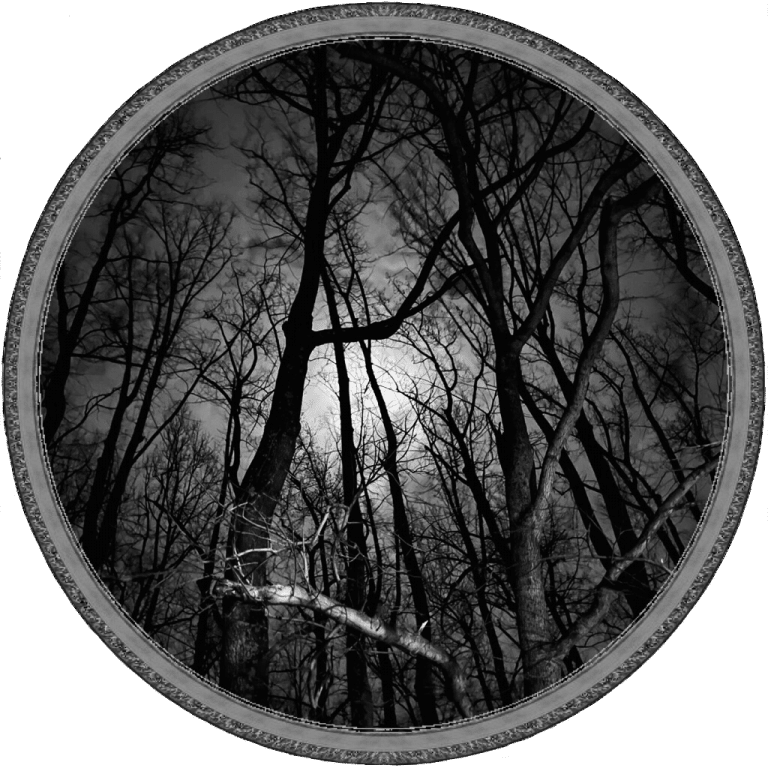 He left for Kasilof at the start of June. When he arrived it was sunny but cold, in a way that made his skin feel brand new. He was optimistic this adventure would teach him something about himself that he didn’t know and couldn’t be studied. While there, he spent most of his time on a fishing boat. He was no fisherman, but, for room and board, he was willing to wake up before the sun and work for as long as it watched him. He met interesting people, people that were very different from him and that he did not mind spending each day with. They didn’t speak to each other much, just fished, but he felt comfortable in a way – felt a relief from his routine, although this new, temporary one was physically more taxing. He liked it. He didn’t love it, but he supposed that he hadn’t really expected to. Before he left for the summer, he thought that maybe he’d gain some clarity; that he would realize that he was doing the right thing – studying, routine, comfort; or that he might realize that he loved fishing instead, or not fishing, just something different. When he stepped into the Kasilof sun for the first time, the cold glow felt like clarity to him, but he stopped being so sure soon after. He liked it. He didn’t love it.

So he spent his summer on the boat or taking walks. He hadn’t cracked open a book in months, and he was afraid that everything he’d learned over the past few years might’ve vaporized and seeped from his head as a sort of primordial steam plants respired to produce Gaian intelligence. On his last night in Alaska, he took a walk. He was tired and full – he’d spent his last evening with the others, listening to their stories and laughing when they poked fun at each other. He was glad to have met them, he thought. It was beautiful out, but he felt, even then, like he was being watched.

Galloway had never taken this walk before, but he knew where he was going. He was freezing and fatigued, but his feet kept moving, faster and with greater urgency each time he thought about turning back. After an hour or so (he wasn’t sure) he made his way into a forest. The crowns were dense, the space between the cracks through which stars and moonlight spilled through and guided him. Every once in a while, the rustling of leaves or the crackling of the odd stick underfoot would unnerve him, but he kept on his pathless trail. As he walked, Galloway began to forget where he was, exactly; the rough bark on the trees became dry exoskeletons of giant moulting insects, and the soft ground beneath him a quagmire, pulling him lower and lower with every step until, finally, he came across a clearing. 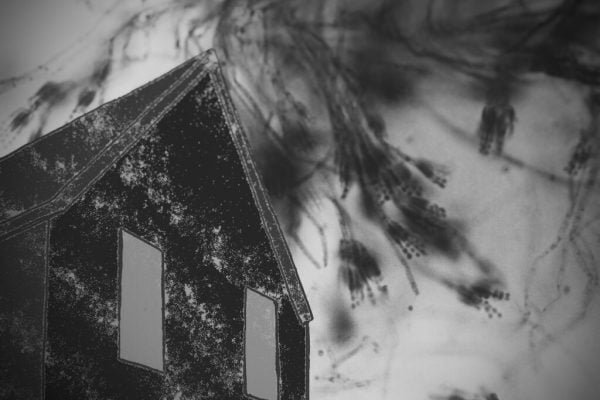 In the middle of the clearing, there was a cabin. It must have been around 2 am at that time, but whoever lived there was still awake – the lights were on. The glow of the warm lights drew Galloway closer. He’d forgotten about the forest he had just been melting into, the peering starts marching across the sky as he moved through a vegetal army. He was cold. Without even standing in its phosphorescence, he felt the cabin’s warmth. It was hypnotic; the shades of orange so tangible it felt to him as though he was experiencing a colour he never had before – one that existed in a visual plane, yes, but that could also be felt and tasted. The colour of nostalgia and anticipation simultaneously. He approached the front door and knocked. No one answered. He tried again, as a courtesy, although he knew he’d be entering even if his knocks went unheeded. He had to. And so, after a moment of silence, he opened the door.

His entrance was grand and euphoric. He felt he was meant to stand under those lights, to experience unadulterated comfort. This feeling was short-lived. Any relief that Galloway had felt standing underneath that entrancing luminescence was quickly replaced with confusion. It was only after that moment of bliss that he looked forward to a bizarre and unexpected sight — himself. Infinite copies of himself, but taller and skinnier. Comically skinny. He laughed in discomfort, and then looked to his left, and then his right, and then turned around. On each of these walls, mirrors reflected grotesque caricatures of countless Galloways. There were no windows looking out, the apertures he had so easily been lured in by were clearly a facade used to bait him in under a false pretense of ecstasy. No windows, just the faint outlines of an entrance and its doorknob. And Galloway. Galloways. All of them shorter and wider than he had ever been and would ever be. He was engrossed by this new form, although he couldn’t bring himself to look into his own eyes. He wanted so badly to reach for the doorknob and leave, to pass the entire experience off as a dream. No, a nightmare. To blame his fatigue and go back home. But his hands stayed at his sides, and his gaze remained fixed on his body. After a few moments, he realized that he would not be able to go, or that perhaps, subliminally, he did not really want to. He conjured up the courage to look again to his left. There he stood, rippled and with impossibly long legs and a shrunken torso. And then again, on the last wall, stretched horizontally like the first recorded case of full-body mitosis. If he hadn’t been in a trance, Galloway might have laughed at the idea of a medical miracle occurring in front of him, all alone in a cabin of funhouse mirrors in Kasilof, Alaska. 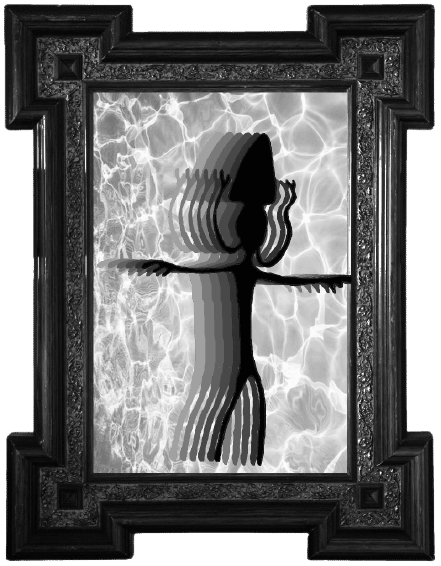 He stayed in that spot, rotating slowly and examining each semblance, afraid that if he left a reflection to its own devices for too long, it would crawl through the mirror and take his place. After a while, each version of himself started to remind him of someone else, although he couldn’t quite put his finger on who. Perhaps the short one was his father and the tall one his freshman year biology professor, but the more he tried to match reflections, the less he could remember about these people. Was his father even short? He couldn’t picture his face anymore, and he wasn’t even sure what year he’d taken biology. The longer he stared the less he saw himself. The reflections no longer looked like misshapen Galloways, they bore a closer and uncanny resemblance to the nameless, faceless people that existed in his life. Galloway no longer felt afraid or uneasy. He was relaxed. He wasn’t in a strange box of mirrors, he was at home. The euphoria he had felt when he first entered was back, but was no longer tinted by anticipation or desire, and was instead laced with tranquillity. He sat with that feeling for a moment, and then when he was ready, he looked himself in the eyes.

Finally, he was unstuck. His eyes left the reflections. He raised both his hands to look at them and make sure they were still there. He reached for the doorknob, turned it slowly, and walked out without looking back. It was dawn, probably half-past five. Galloway was surprised at how much time had passed, but he didn’t feel tired at all. He set back, and when he came to the edge of the clearing, he glanced over his shoulder for one final look. There the cabin stood, with windows he knew didn’t exist but had somehow reappeared. In the morning light it didn’t look nearly as inviting as it had just a few hours earlier. His mood hadn’t faded, but he was tempted to walk back in and spend a few more moments basking in whatever delirium had saturated the air inside. He ignored this inclination, choosing instead to feel his current rapture, and look fondly back at his experience after that feeling inevitably faded.

The walk back felt much shorter than he had remembered. Once he arrived back to his room, Galloway packed his bags and set off for the airport. He didn’t say goodbye to anyone, but he knew they wouldn’t mind. He arrived early but enjoyed the wait, replaying that morning over and over in his head. He did the same thing on his flight back, although every time he started over, his daydream became less and less detailed. By the time he landed, he scarcely remembered the room he had spent hours in just that morning, but he still felt the lasting pleasure it had imparted upon him. He went through the motions of the airport, untroubled by the delay on the tarmac or the crying baby that seemed to follow him from the plane to the cabs outside. When he got home, he went straight to his room. He left his bags by the door and sank into his bed.

Galloway laid on his back and stared at the ceiling. He had stopped thinking about the cabin and the mirrors and his reflections, and even if he had wanted to, he was unable to recall them anyway. He just stared, noting the popcorn ceiling constellations he hadn’t noticed before. He didn’t move. He didn’t feel stuck. In fact, he felt at ease to do whatever he pleased, and what he pleased was to lie there. And so he did. Galloway no longer felt hungry or thirsty or tired, and even if he had, it wouldn’t have been enough to drive him out of his dream state. He spent the rest of his life happy, knowing what he was meant to do and loving himself for doing just that. He didn’t feel like he was being watched anymore. He never did go to med school.